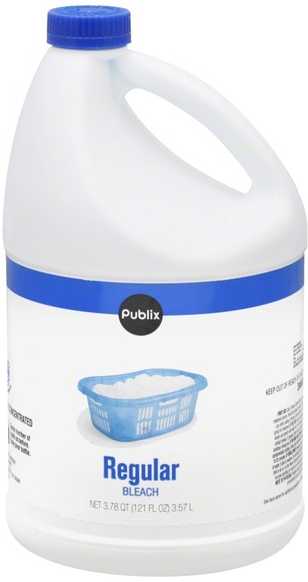 Nail fungus is not exactly a life-threatening condition, but it’s cosmetically unattractive and painful. Known as onychomycosis by the medical community, the condition is more prevalent than most people realize. Dr. Oz says that about 15 percent of Americans are suffering with this disease. In spite of its prevalence, the condition is very difficult to treat because of where the fungus resides.

A lot of conventional treatments come with a high cost attached, yet the success rate is really low and side-effects drive patients to holistic forms of therapy. The complication of liver damage, for many, seems a high price to pay to get rid of yellow, black or brown nails fungus infected nails.

Some patients take matters into their own hands and use unconventional products like Vicks Vapor Rub, Listerine or bleach. While you may shudder at the thought of using bleach on your skin, people vexed by this ugly fungus think it’s definitely worth a try. But does bleach kill nail fungus? Read on to find out.

Nail Fungus: How It Starts

Nail fungus, often begins with a small white or yellow spot under the fingernails or foot nail. As the fungus progresses, the nail becomes thick and brittle. With time it can also change color, moving from yellow to brown or black, and become painful.

You can get nail fungus at any age, but older people are more susceptible for several reasons. Decreased blood circulation, natural patterns of thicker and slow growing nails, and age related conditions like diabetes are just some reasons the aged among us are likely to get toenail fungus.

Runners and power walkers are also at risk because the pressure they place on their toes combined with sweaty feet in closed shoes provide the perfect atmosphere for the fungus to take hold and spread.

Apart from above population anybody can get nail fungus just from an injury which went unnoticed.

There have been mixed reviews on the efficacy of bleach to treat nail fungus. Being easily available in most homes and a cheap solution costing a maximum of few dollars, many give it a try. However most people who claim that it worked admit that they used some other method in tandem with their bleach foot baths or soaks. So, it won’t be rational to identify bleach as the magical cure all alone.

The process involves soaking your feet once or twice daily for several weeks in a cap full of bleach mixed with water. If you have a mild case of nail fungus then bleach soaks are fine. In case of moderate to severe infection the full strength bleach is directly applied on the affected nail. The chlorine in the diluted solution or otherwise will supposedly make its way to where the fungus lurks and kill it. Watch out though, bleach’s being a harsh and powerful chemical it might attack your toenails in a undesired way!

Proponents of the treatment say that patients have to be consistent for the solution to work. So, they must keep at it twice a day for few months if necessary.

The Risks: People with sensitive skin might have a reaction to the bleach and experience discomfort in the form of skin irritation, redness, itching and rashes. If this happens, you should discontinue this form of treatment immediately.

Are you sure that you have Symptoms of Nail Fungus?

A nail fungal infection is practically invisible when it starts. In fact, the majority of people don’t display any signs or symptoms in the beginning or may mistake the signs that do appear in early stages for something else. As the disease advances, however, the nail plate discolors and turns yellow, brown, green and/or black. As the fungus grows on the nail bed, it may cause the nail plate to lift and deform. This deformation may worsen over time and, in really severe cases, the nail may fall off completely or require surgical removal.

It is important to treat a nail fungal infection as soon as it becomes evident that you have one. The longer you wait to address the issue, the harder it will be to get rid of it. To increase your chances of successfully eliminating toenail and fingernail fungus, you should use a product that has been proven to kill the nail infection and deliver clean, healthy nails fast.

Toenail fungus is generally difficult to treat, but there are many topical and oral antifungal medications that claim to alleviate the symptoms. You’ll need to be realistic in your expectations since most treatments for yellow nails take several months to show significant results. You’ll also need to give your fungus free nail time to regrow. Below you’ll find a few of the best options for treating nail fungus.

Funginix is for people who are having problems with nail infections such as onycholysis and onychomycosis which are caused by dermatophytes (fungi). It is a solution capable of fighting and killing off fungi in the nail bed and surrounding areas. The solution is composed of medically proven undecylenic acid, essential oils plus herbal extracts capable of bringing back the original shape, shine and condition of the nails. Its a safer and proven treatment when compared to bleaching.

Click here to Read more about Funginix on this Review page

EmoniNail is another very popular treatment for nail fungus that has shown good results.

Laser provides one of the newest treatment options. A cold laser beam is applied to each infected toe or fingernail for up to 10 minutes. This pain free method might solve your fungus problem in few sittings, but you’ll have to wait 6-12 months for the new nail to regrow and find if the it worked as desired. The downside of laser therapy is the cost, and since your insurance won’t foot the bill, you’ll have to pay the full cost.

Lamisil and Sporanox are the prescription medications used to kill nail fungus infection. These strong medications do have good percentage of success rate but long term treatment intake required for treatment risks serious damage to the liver in addition to other side effects like headache, acne, digestion issues, diarrhea, and impaired taste buds. Bleaching although doesn’t carry the risk of severe side effects but lacks the efficacy of medicated options.

There are many natural remedies available to treat toenail fungus. Although these are also not medically proven and only having anecdotal evidence most of them are expected to work because of their antiseptic, antibiotic, and antifungal properties. They provide just what you need to fight fungus and its unsightly symptoms. Some natural remedies include tea tree oil, lemongrass oil, thyme oil, garlic, etc.

The potency of fungal treatments which combine natural oils in the right proportions has shown to be very effective. Funginix is on such an all-natural topical solution that works right at the site of the infection. Made from the best natural ingredients, like tea tree oil, rose hip flower oil, and menthol just to name a few, the treatment works. Positive reviews of the hundreds of people who found relief has made this solution the most recommended.

There are many other remedies that we’ve not explored in this article, but you can find out more about the best treatments on our homepage.

Should You Be Concerned About Toenail Fungus?

For the majority of patients, nail fungus is not life threatening but a socially embarrassing disease. It mostly contributes to varying degrees of emotional stress based on the severity of the condition. People with compromised immune systems and poor circulation to their feet would need to be concerned about developing secondary bacterial infections spreading to the rest of the foot. Hi there! I’m Kate, 34 years old, and I’ve been blogging here since 2013 to help educate people about nail fungus. More about me here.

If you’ve enjoyed reading my posts and gained some information, I’d really appreciate the support by sharing the articles, so we can reach and help more sufferers. It makes a big difference to them!

My disclosure I want you to be aware of: Product names and other trademarks referred to on this website are the property of respective trademark holders. The statements made here have not been evaluated by Food and Drug Administration. The products mentioned here are not intended to treat, cure or prevent any type of disease.

Affiliate Disclosure: This post contains affiliate links. If you use these links to buy something we may earn a commission but that does not costs you anything.